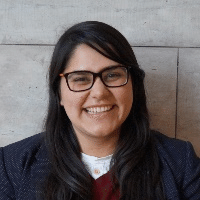 Nausheen Sadiq was born in Lahore, Pakistan and celebrated her first birthday in Saudi Arabia followed by her second birthday in Calgary, Canada where she grew up. At the age of 17, Nausheen went east to attend Queen’s University and obtained her BScH in Chemistry in 2012. After graduation, Nausheen stayed at Queen’s to pursue a Ph.D. under the guidance and supervision of Diane Beauchemin and completed her degree in 2016.

During her Ph.D., Nausheen was awarded the 2015 L’Oreal Canada & France Canada Research Fund For Women in Science Fellowship, which allowed her to travel to France for three months the following year. In the same year she was also awarded the Dean’s Travel Grant from Queen’s University and the Marie Mottashed Graduate Scholarship.

Her research focused on food safety analysis using inductively coupled plasma mass spectrometry (ICP-MS) and ICP-OES. By studying rice, baby cereal and glutinous rice she was able to learn a great deal of information that was not previously available. Her fun fact is always to WASH YOUR RICE! If you wash your rice for as little as one minute you can remove between 50-90% of all the toxic elements, including arsenic which is known to be a major toxin in rice.

Nausheen is currently pursuing a Postdoctoral Fellowship at McGill University with the department of Food Science and Agricultural Chemistry. Stay tuned so she can provide you with information on the fruits and vegetables we eat and the various anti-oxidant and anti-microbial activity within them.

Nausheen aspires to become a professor one day. Her passion for teaching began when she was young but flourished when she became a TA as part of her graduate studies at Queen’s University. Having won the William Patrick Doolan Teaching Award and the Fischer Scientific Teaching Award during her time as a teaching assistant and being nominated for several awards throughout her time as a TA, has only helped her instil a love for Chemistry in others.

Nausheen has been able to volunteer for a great group of organizations throughout her life. Currently, she volunteers with an organization known as CAGIS (Canadian Association for Girls in Science), a group that helps introduce girls to “STEM” at a young age. She has had the ability to be an orientation week leader at Queen’s during her undergraduate years, volunteer at the local women’s shelter and lead the graduate society in the chemistry department as the vice-president and then the president of the society.

Nausheen is always looking to challenge herself and try new things. Whether it is on the basketball court (attempting/failing to dunk at just 165 cm), out with friends trying a new cuisine or volunteering with her local community, she always works to give back and make a difference while keeping a smile on her face.

Her chapter gives only a slight insight on the failures she has faced and she thinks other Canadians may have as well in the Sciences. Canada has so much to be proud of and she hopes you join her in celebrating 150 years of Canadian success by reading a bit about the failures that got us here!

What does it mean to fail? To some of the most successful Canadians, it is a rite of passage, a stepping stone to greater things, or even a brilliant source of inspiration. Olympic golds, successful businesses, pioneering medical advances — all came about after a series of missteps and countless attempts. Panel moderator Christina Tessier […]