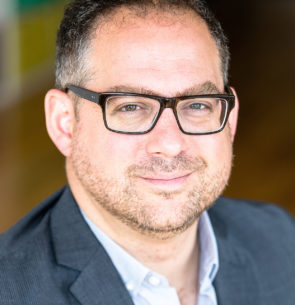 Michael Lenczner has 20 years of experience as a public benefit technologist. He splits his time between serving as the CEO of Ajah, a Montreal-based company that develops online tools for fundraisers, and being the Director of Powered by Data, a nonprofit initiative launched by Ajah that helps the nonprofit sector use data to increase its impact.

Michael founded Île Sans Fil, a community wireless organisation whose model was adopted by similar organisations around the world and was presented at several international conferences. He has worked in Burkina Faso to build up the IT capacity of a pan-African organisations. Working in open data since 2005, he has co-founded national, provincial and municipal data advocacy groups such as Montréal Ouvert, as well as coordinated numerous hackathons on issues such as sustainability, corruption and municipal service delivery. He has advised the Slovakian government on how to use data to increase the effectiveness of its grantmaking. He co-founded Ajah in 2010 and in 2013, Ajah created Powered by Data, which was quickly recognised as one of the top 10 innovations in global philanthropy by New Philanthropy Capital.

Michael is a frequent collaborator on academic-community partnerships and has published in academic and nonacademic journal articles on new applications of data and technology in the areas of public administration and service delivery, policy development, and epidemiology. He also regularly advises federal and provincial government agencies on the use of open data.